END_OF_DOCUMENT_TOKEN_TO_BE_REPLACED

The wealth of data produced by LSST will produce enormous opportunities for discovery - not only by professional astronomers, but by volunteers taking part in citizen science projects. These projects ask an online crowd to sort through projects in order to add context and search for the unexpected. The LSST project has partnered with the Zooniverse platform, which provides a suite of tools to allow scientists working with data from the survey to quickly produce such projects - making discovery with LSST available to all.

Zooniverse is now ten years old and has nearly two million registered volunteers, having grown from its original, Galaxy Zoo project. Galaxy Zoo asked its volunteers to classify galaxies by shape - a measurement which can reveal the galaxy's past behaviour. Other projects have included Planet Hunters, working with data from NASA's Kepler and TESS satellites and Planet 4, which has surveyed the Martian polar regions looking for seasonal changes.

A key set of citizen science projects for LSST involves the search for transients, taking advantage of the survey's unprecedented and repeated coverage of the sky. Projects such as Supernova Hunters (pictured below) ask volunteers to review candidate transient objects, and have been responsible for identifying more than a thousand likely supernovae candidates already. This project has also pioneered an approach where classifications from citizen scientists are combined with those from machine learning, producing results which are more accurate than those from either machine or crowd alone. 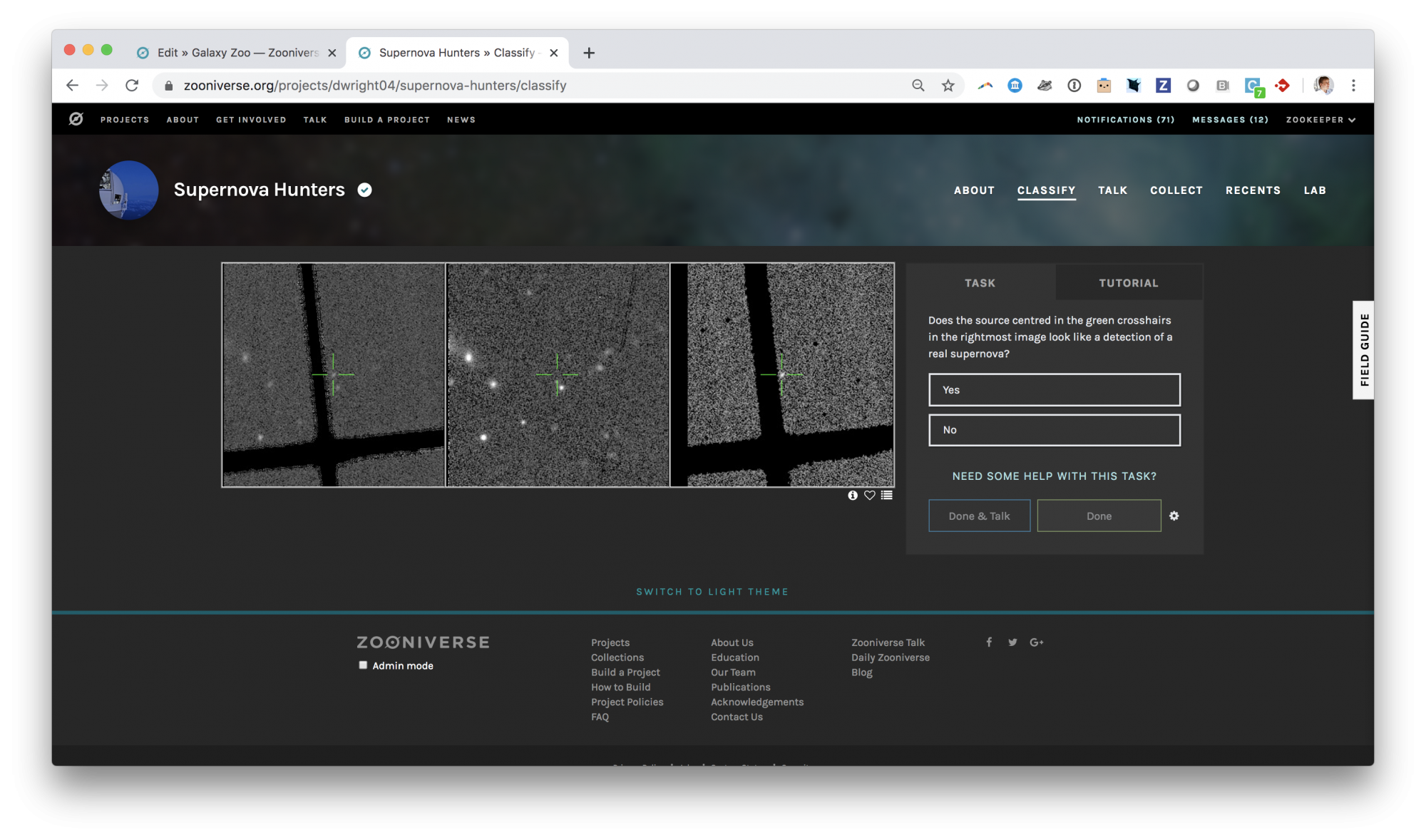 Successful citizen science projects do more than just help astronomers sort through data. In many astronomical Zooniverse projects, volunteers have turned up the truly unexpected, from the discovery of rapidly star forming 'Green Pea' galaxies to the unusually twinkling Boyajian's star. With the vast amount of data available from LSST, who knows what they'll find in the survey data.