END_OF_DOCUMENT_TOKEN_TO_BE_REPLACED

Most galaxies in the universe live in low-density environments known as "the field", or in small groups, like the one that contains our Milky Way and Andromeda. Galaxy clusters are rarer, but they represent the most extreme environments that galaxies can live in and studying them can help us better understand dark matter and dark energy.

Faced with the vast sky survey atlas that will be produced by LSST, astronomers are developing techniques that can replace the astronomer's eye with Artificial Intelligence to find galaxy clusters. One example is the "Deep-CEE" (Deep Learning for Galaxy Cluster Extraction and Evaluation) algorithm developed by Matthew Chan and John Stott at the University of Lancaster.  It is a state-of-the-art model based on neural networks, which are designed to mimic the way a human brain learns to recognise objects by activating specific neurons when visualizing distinctive patterns and colours.

The AI was trained by repeatedly showing it examples of known labelled objects in images until the algorithm is able to learn to associate objects on its own. Figure 1 shows a high-level conceptual view of the Deep-CEE architecture.

Chan and Scott ran a pilot study to test the algorithm’s ability to identify and classify galaxy clusters in images  from the Sloan Digital Sky Survey that contain many other astronomical objects, yielding the discovery of clusters, such as those shown in Figure 2. By automating the discovery process, scientists can quickly scan sets of images, and return precise predictions with minimal human interaction. This will be essential for finding new galaxy clusters with LSST, which will generate a sky survey atlas far too large for anything but automated analysis. 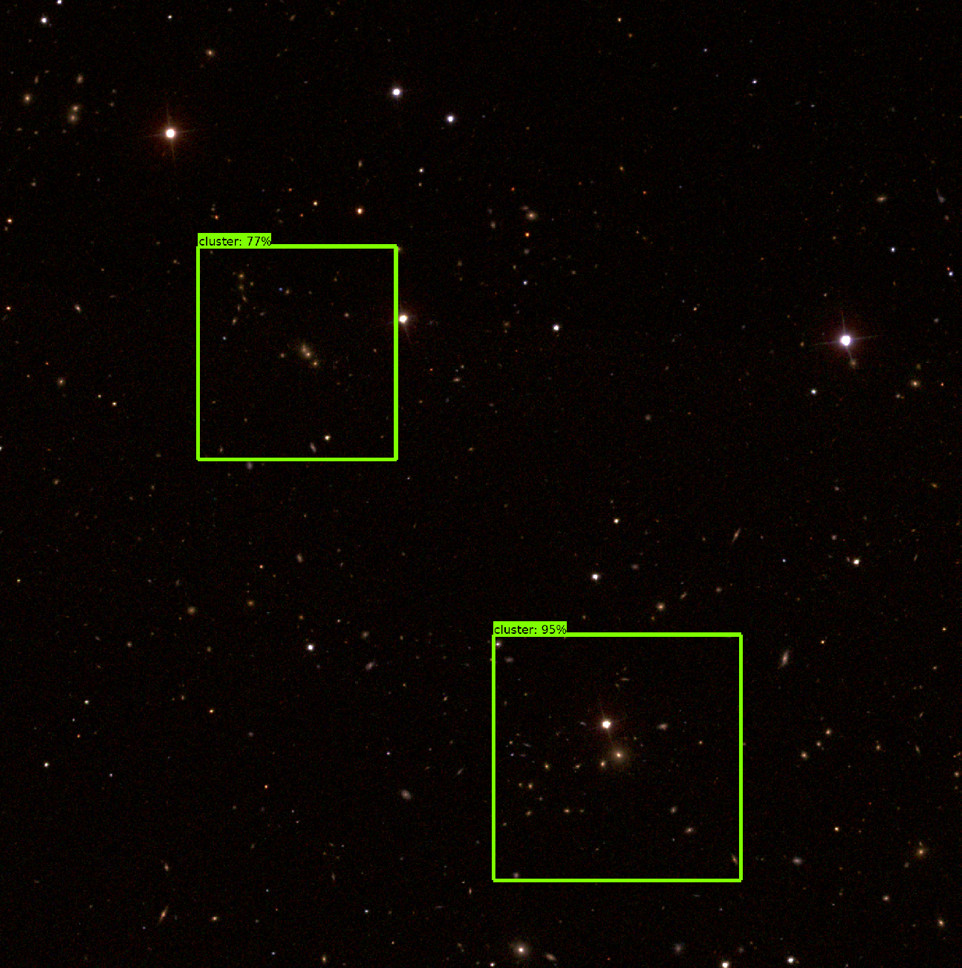