END_OF_DOCUMENT_TOKEN_TO_BE_REPLACED

Like all today's professional telescopes, the LSST will use detectors like the ones inside your digital camera to take images of the night sky. When the LSST is fully operational, it will take over 100,000 digital images per night, with each image containing tens of thousands of stars and galaxies. In total, the LSST will deliver roughly 20 terabytes of imaging data every night, which must all be processed and analysed in near real-time to extract as much information about our Universe as possible. This rate of data represents a major challenge for the project, so much so that the LSST’s software developers have built an entirely new, fully automated software system capable of handling the data onslaught.

Rather than building the data processing systems to only work with LSST data, however, LSST’s developers have designed the software so that it can be used to process data from other telescopes as well. One such telescope is the Gravitational-wave Optical Transient Observer (GOTO, shown in Figure 1) whose job it is to identify the optical counterparts to gravitational wave events, such as the 2017 merger of two neutron stars. Like the LSST, an important part of the GOTO project is a repeated survey of the night sky so that astronomers always have a recent set of images to compare against when looking for the astronomical “flashes” that could signal a gravitational wave event. By making the LSST data processing software “open source”, and so freely available for anyone to use, other science projects like GOTO are able to benefit from this resource. Indeed, some of GOTO’s astronomers are using the LSST processing software to help verify GOTO’s own data processing software. At the same time, projects like GOTO are allowing UK astronomers gain early first-hand experience of the LSST software, with their experiences leading to further improvements of this crucial component of the LSST project. 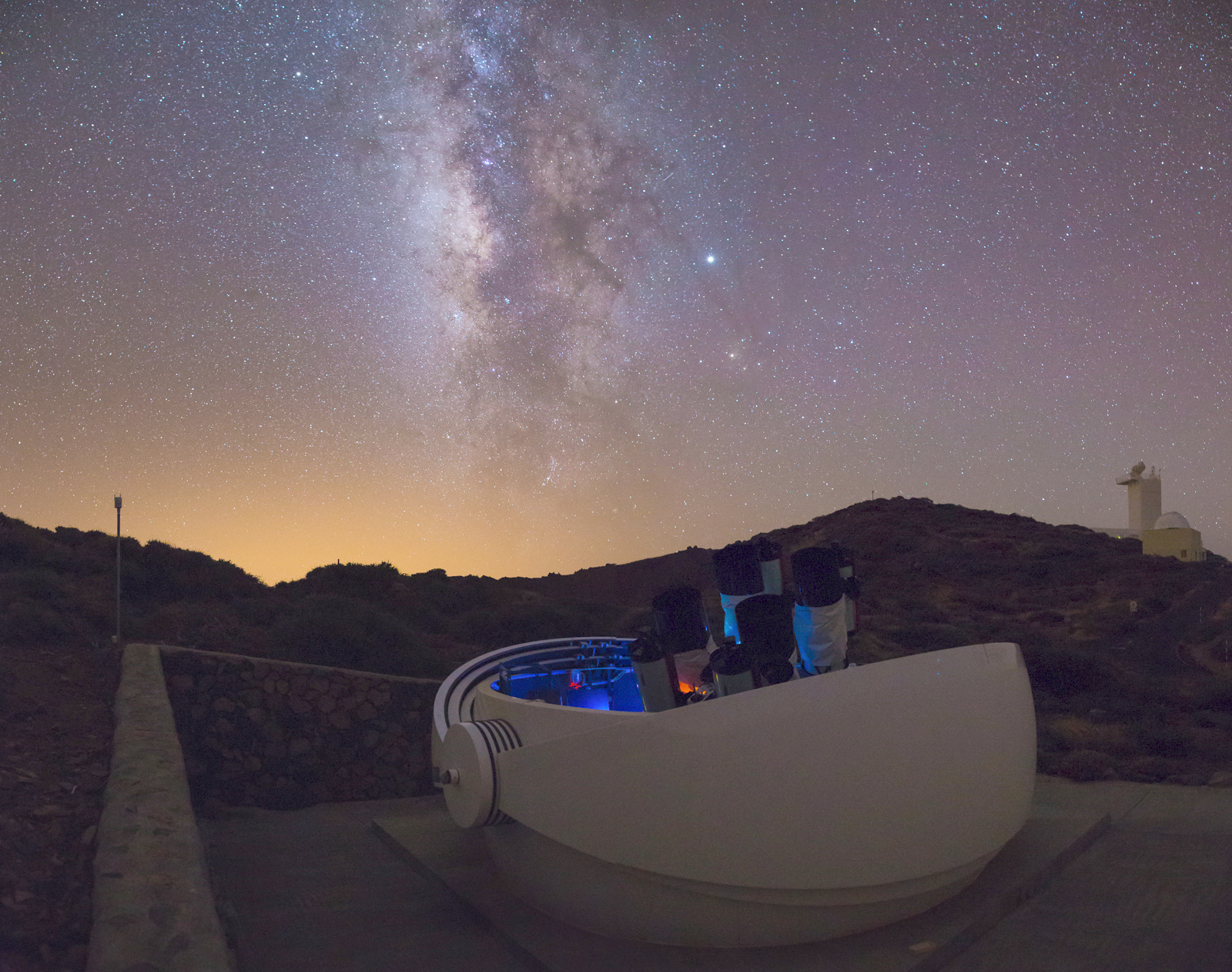